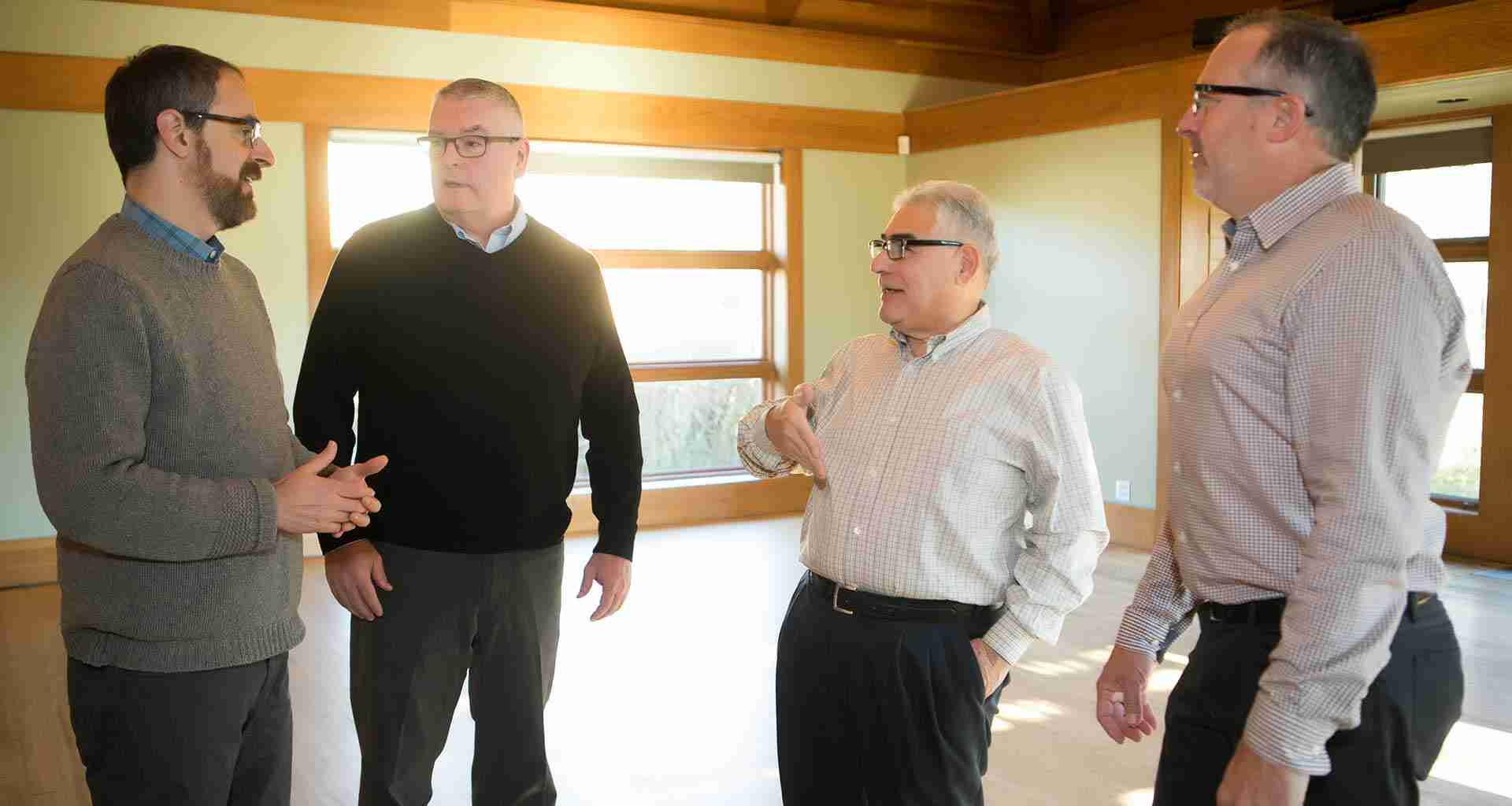 What is the Shadow Weekend?

The Shadow Weekend is a weekend retreat programs of Victories of the Heart NFP. The Shadow Weekend is considered “the next step” in advancing a man’s personal growth after he has completed either the BreakThrough or Wisdom Years retreats or has attended other comparable intensive men’s programs.

During the weekend, each man discovers his own particular “shadow” and comes to acknowledge and accept it consciously. However, the most remarkable outcome of the Shadow Weekend is finding and embracing his “Gold” that lies deeply buried beneath his “Shadow.” This is the true “gift” of the Shadow Weekend: finding all one’s sterling qualities: his “Divine Child.”

The Shadow Weekend is conceptually based on the psychological work of Carl Jung: “the Persona and the Shadow.” These two “archetypes” represent the dual nature of the individual: one his public face (“Persona”) and the other his hidden face (“Shadow”). The third “archetype” that emerges once the “Shadow Archetype” is consciously embraced is the “Divine Child Archetype” found at the intersection between the “Persona” and the “Shadow.”

Who is eligible to attend the Shadow Weekend?

Why should I attend the Shadow Weekend?

By attending the Shadow Weekend, each man will discover the ongoing and “undiscovered” parts of himself. These parts persist and continue to unconsciously influence a man’s behavior and their interpersonal relationships. The discoveries made on the Shadow Weekend will allow each man to have more conscious control over his behavior; behavior that can be destructive to himself or to the significant people in his life. This new awareness will help the man become more whole, more integrated and much “safer” in his interpersonal relationships. It then allows the man to cherish his own unique qualities and be able to express himself more fully through these; not being clouded by his “shadow” in his daily interactions.

What is the symbol of the Shadow Weekend?

Robert A. Johnson, a Jungian Analyst says of the Mandorla:
“Our own healing proceeds from that overlaps of what we call good and evil, light and dark. It is not that the light element alone does the healing; the place where light and dark begin to touch is where miracles arise. This middle place is a mandorla.”

What are some of the benefits I can expect from my participation?

Most importantly, the participant will experience a certain and sudden release of new found energy: a new freeing up, a new internal explosion of resolve. There is also a new awareness of the many unknown and untapped inner resources that have been dormant within him; a sense that the he is more conscious and better able to “manage” the negative (Shadow) aspects of himself that tyrannize him and the significant others in his life. Ultimately, the man becomes more whole and conscious of himself. He will be able to live more fully from his unique and competent self — his inner “gold.”

Where does the Shadow Weekend fit in with the other Victories programs?

The Shadow Weekend retreat is a natural ‘next step’ on a man’s personal growth journey after attending The BreakThrough, Wisdom Years or equivalent program. A man will build upon the foundation of these programs with a mixture of personal and group exercises that will lead to a deeper understanding of the interplay and tension between ‘Persona’ and ‘Shadow.’ This is multiplied with the man’s own appreciation of the restorative power of his “Divine Child.” These understandings lead to a holistic acceptance, and this acceptance leads to integration, healing and a sense of wholeness.

Who is on Staff?

The Shadow weekend is co-facilitated by two senior leaders and staffed by 5-10 additional men. Everyone on the team has attended the Shadow Weekend and has returned to staff and contribute to this weekend program. The senior leaders have five years of training and experience with the processes used on the weekend and are alumni of the weekend themselves. Men on staff are chosen for leadership based on their own personal growth, their integrity and compassion, commitment to our work, and ability to function as part of a team.

What sets the Shadow Weekend apart from other weekend experiences?

As mentioned above, the Shadow Weekend is predicated on helping each man to go deeply into himself and to find the other “half” of himself. In contrast to the other two weekend retreats, the Shadow Weekend is a much more individual and silent journey into the inner shadow self. It is more personal, in that each man is on his own specific journey to discover his own unique “Shadow.”

I am in a 12-step or similar program. Is this weekend experience right for me?

After attending the Shadow Weekend, there is a post weekend Celebration to honor all the participants on the following Thursday after the weekend. After this Victories’ recognition the men take their “Shadow and Gold work” experience back to their own personal growth group to share and to infuse their respective groups with new found energy and focus. A one-day reunion for weekend participants is scheduled approximately 45 after the Shadow Weekend to reinforce and solidify the insights each man found on the weekend.

What is the weekend schedule?

The weekend begins on Friday evening at 7:00 pm and ends approximately at 2:30 pm on Sunday afternoon. Over the course of the weekend participants are lead through an eight (8) stage process that leads them to uncovering their own “Shadow.” Each of the eight (8) stages consists of both large group and individual work. All the processes are structured to help each man, stage by stage, encounter his “Shadow,” Understand it and finally to befriend it. Finally being able to depart discovering and embracing his own unique self – his “gold” that has been lying hidden beneath his “shadow.”

What is the ultimate outcome of the Shadow Weekend for the man?

Through the processes of the Shadow Weekend each man finds his “Shadow” as an essential and beneficial part of himself, not his enemy, and befriends “him.” This then allows each man to discover and lay claim to his “golden shadow” (his Divine Child Archetype) which has lain hidden deep with his shadows. Each man comes to experience his inner wholeness and obtains the tools to begin to construct a “management agreement” between himself—his “Persona” and his newly revealed “Shadows” so that he can become proficient in balancing all of his inner psychic forces. This allows his “golden shadow” to shine through. The ultimate outcome is each man’s personal empowerment through his increased larger awareness of his total self.

Want to help us reach more men and communities?